Shasta
2B: none
3B: none
HR: none
Canada
2B: Jordan Brandenburg; Aaron Hoch
3B: Brandon Billesberger
HR: none
full stats 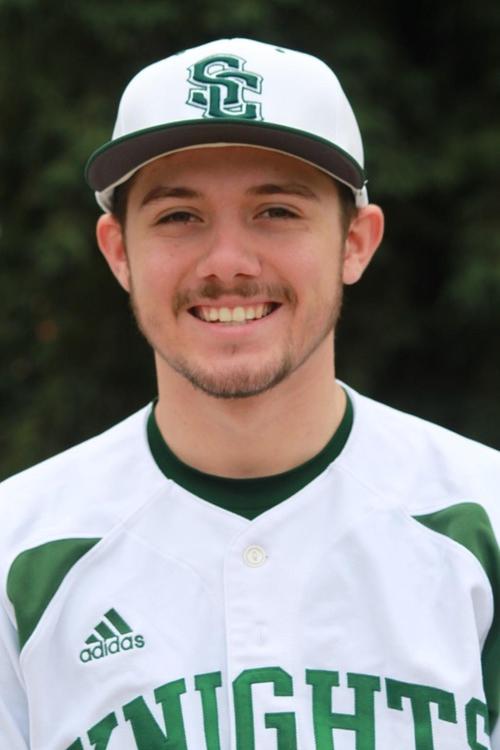 Yuba 7, Shasta 0
The Knights managed three hits, one each from Mason Wood, Cameron Falcon and Derek Ray. Brady Munson gave up three runs on four hits in three innings to take the loss.

Canada 5, Shasta 1
The Knights cut a 2-0 deficit in half in the fifth on when Luke Stanton grounded into a double play but the Colts scored three in the bottom half of the frame to pull away. Shasta racked up three hits, two from Gorge and the other from Cody Emmons. Falcon scored the lone run. Kolby Button suffered the loss on the hill, giving up four earned runs on 10 hits in five innings. Zac Billingsly struck out three and allowed one hit in three scoreless innings of relief.

Canada 5, Shasta 4
Shasta took a 3-0 lead after third inning on Gorge's RBI double, Trevor Schluter's RBI single and Ray's sac fly. But Canada scored four in the bottom of the third and added another in the fourth. Gorge was 2 for 2 with an RBI and a run, Cole Harper was 2 for 2 and Ray had two RBIs. Jordan Akins took the loss, striking out four and walking three while giving up three runs on six hits in five innings. Billy Plummer allowed one hit in three scoreless innings of relief.

Canada 13, Shasta 4
Canada blew the game open with a seven-run fifth inning. Shasta racked up 11 hits in the game, getting two each from Wood and Robert Peters. Gorge drove in two runs, Wade Schulter had a double and a run, Emmons scored a run and Jagger Graham was 1 for 1 with an RBI and a run. Falcon gave up nine runs on 15 hits in four innings to take the loss.